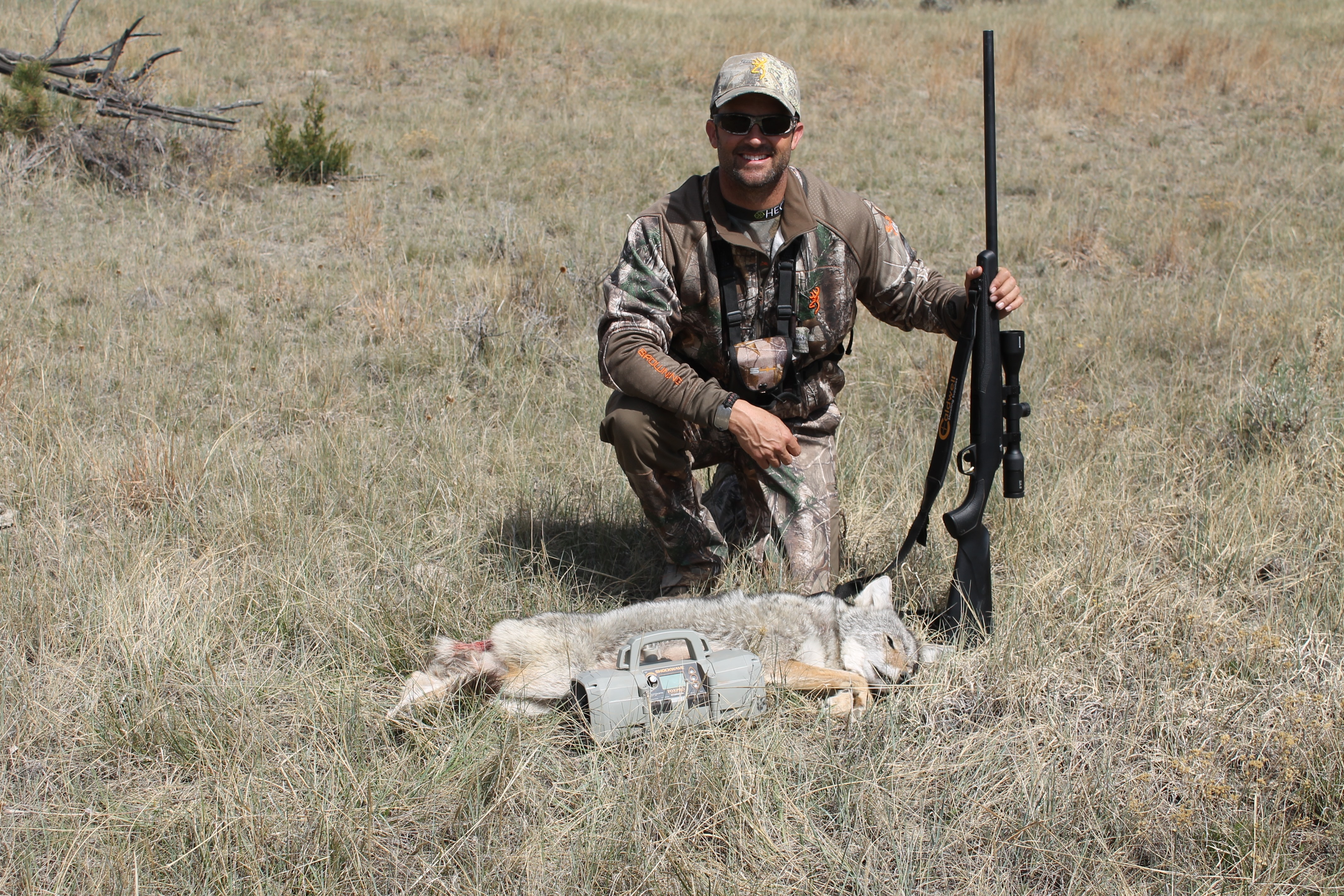 The biggest challenge in coyote hunting is approaching a calling location without being seen, heard or smelled; coyotes can see for a long distance, have impeccable hearing and a phenomenal sense of smell. Using dense cover and rolling hills will give you the advantage to set up. Call more often in denser areas because this type terrain may be harder for a coyote to pinpoint the location, but keep in mind that it may be harder for you to see the coyote working its way in so be alert. Open ranges with various brush and barriers require a louder, longer call sequence to carry the sound. Some coyote calls will work well in some areas but not so well in others. Several factors affect this, including prey, terrain, coyote numbers, season, wind speed, and other factors.

This video playlist below shows several of my coyote hunts in the past. This shows the variety of terrain and setups that you will encounter and need to consider before the hunt!

Coyotes will often know precisely where you are calling from so it is important to be set up and still before you ever start calling so they don’t pinpoint you moving. It is always likely for a coyote to come charging in on their pursuit to be the first to a meal, but some will take their time or need that time for traveling to the sound. Keep in mind that they will also try and work downwind of your location. Be sure to either get a shot opportunity before they do or ensure they can’t reach the downwind stream of your scent by using rivers or other impassable land features.

Know When to Move

One of the largest concerns in coyote calling is the length of time between calls, waiting for the call to produce, and moving to a new location. Again, this will depend on multiple factors. Terrain and wind direction are often the most important factors. Most coyotes will respond within 5-15 minutes of the call because of the urgency to get to the prey first. However, it is a good rule of thumb to give every stand a 20 to 30-minute time range to produce. Keep in mind that no matter how long you decide to sit tight, when you do get up to move, do so cautiously and be very aware of your surroundings; it will be likely that a coyote is still in progress of working their way to your calling. As with many different disciplines of hunting, PATIENCE is the golden rule of coyote hunting. 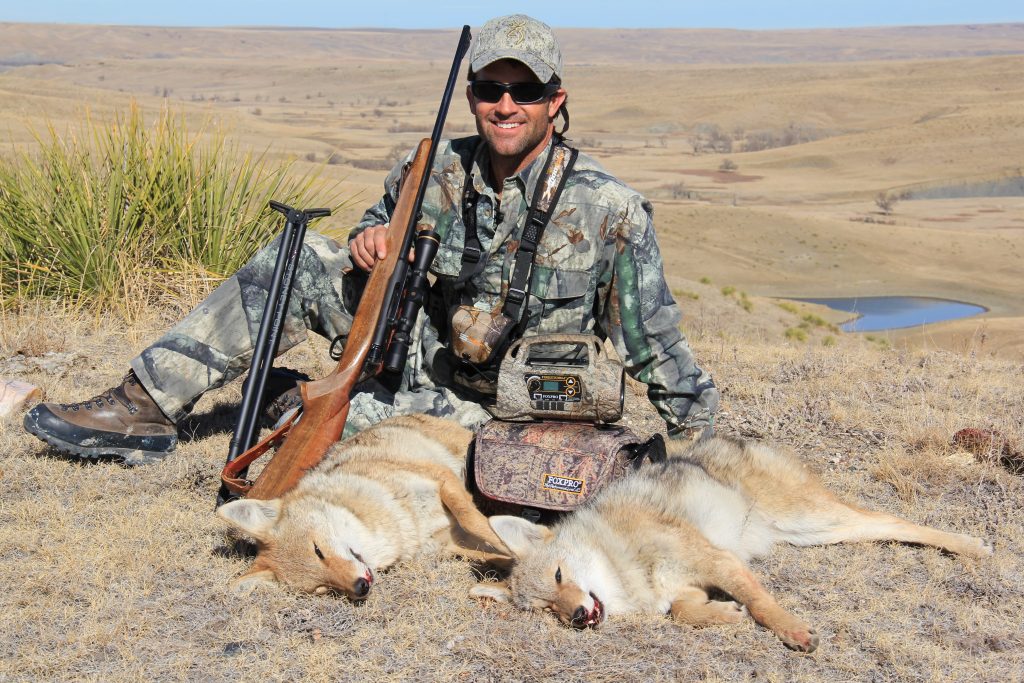 It will take time in the field to know what works in the area you will be hunting. Knowing a variety of coyote calls that are available to you will give you the option of changing up your calling sounds to something that will work. With electronic coyote call devices, the options for the variety of calls you can use in the array of situations you will find while in the field gives you a huge advantage. With the assortment of sounds available to you, it will come down to knowing what will work best for your particular set-up.

Again, there are a variety of calls on the market for coyote hunting, from mouth calls to electronic calls with built-in decoys. The performance you get from calls will truly come down to your skills with a mouth call or the amount of money you are able to spend on a quality electronic call system.

It is important to become familiar with the vocalization of coyotes and learn to speak the language. Single reed mouth calls, like FoxPro Coyote Howler Diaphragm Mouth Call and FoxPro Raccoon Diaphragm Call, are among the easiest to use when choosing diaphragm mouth calls. 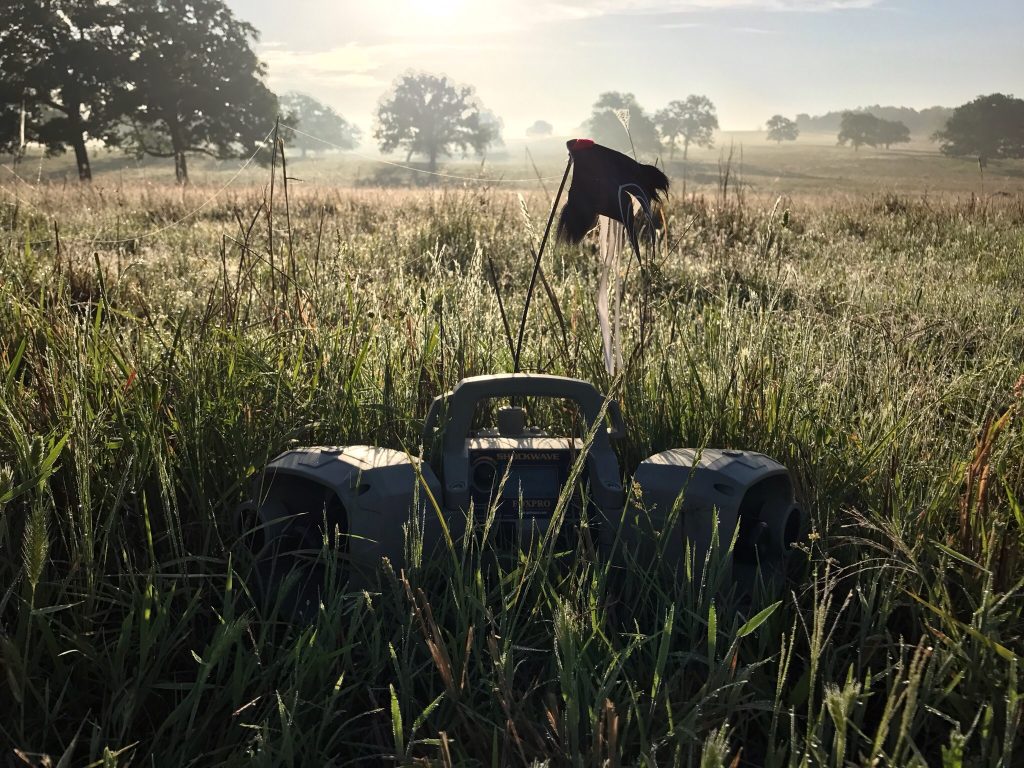 The FoxPro Shockwave Digital Call, which is my personal favorite, is a superior, customizable system that comes standard with 100 sounds that is upgradable to 1,000 sounds, and can also allow two sounds emitted at once. Standard sounds included are varied and include group yip howls; various female coyote howls, barks, submissive yips; male howls, barks, screams; and distressed prey sounds of rabbits, kittens, fox, woodpecker, prairie dogs, fawns, crows, and raccoons. The pitch, volume, cadence, and movement of sound are produced by two

independent speakers. The digital callers are going to be a bit pricier, but this type call will offer a more extended range of sound by manipulating the volume, providing a variety of sounds, allowing less movement, and often, the calls are designed with a built-in active decoy. 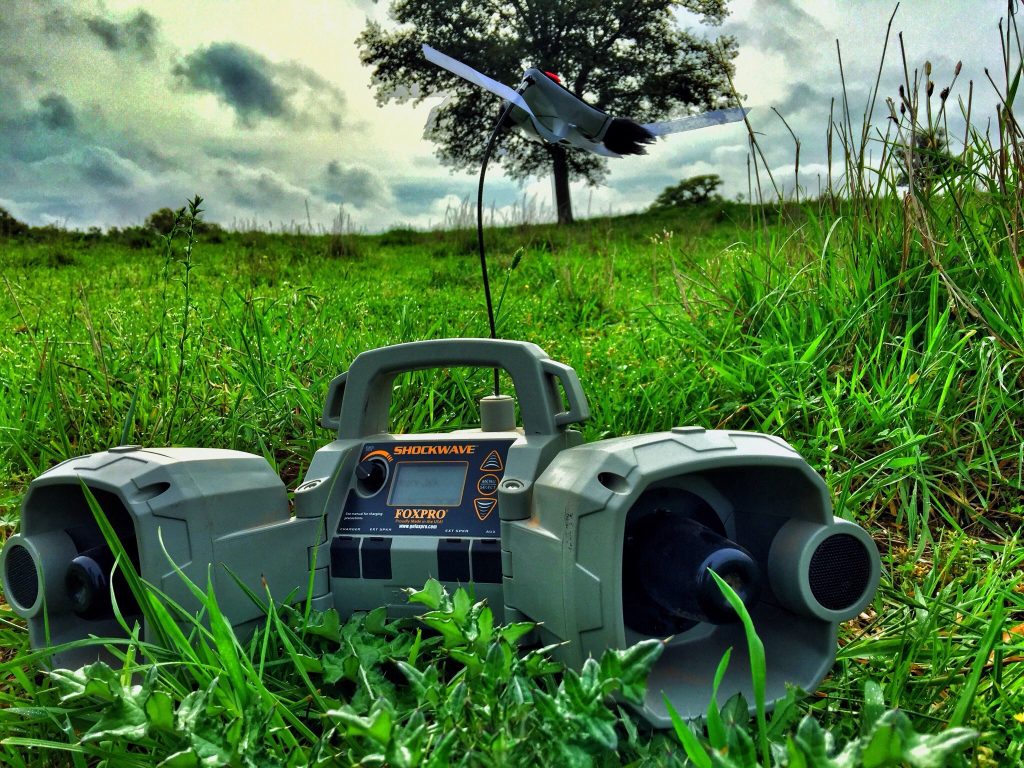 The FoxPro Deadbone is an economically priced electronic coyote call that offers 15 sounds, whereas the more expensive FoxPro Krakatoa II offers 100 sounds, but has a 1,000 sound capacity. Of course, there are varying features and price ranges between the two mentioned, and the other electronic coyote calling systems offered by FoxPro; such as marking location when it detects a shot blast, mimicking moving prey, hands-free calling, auto volume ramping, and more.

Hunters have a variety of sounds available to them in an electronic coyote call’s sound library, and often this library is expandable.

Coyotes on the hunt will be highly apt to move into the sound of general prey. As hunters, we have often heard these sounds in the woods ourselves. The difference between what we hear with human ears versus what coyotes hear with their impeccable hearing is different tenfold. The natural sounds are amplified based on the survival tactics and skills of coyotes to hunt for sustenance. Many of these sounds are minute to humans, but a coyote can zero in on these sounds from a far distance.

Coyotes will often come into the sounds of a coyote pack, for observation, territorial dominance, or just to check out the situation.

When the season is right for breeding or during the pup-rearing season, there are a variety of call sounds available from female and male mating sounds to an assortment of pup sounds. The breeding season is generally mid-December through mid-March, which varies depending on geographical location. The gestation period of coyotes is about 60-days with the pups being born March to May. Puppy distress or screams will incite curiosity, protection, or territorial dominance in adult male and female coyotes.

Howling calls are effective across all season, and often a lone howl is successful in locating a lone coyote or dens in the summer. Locating packs and dens can be successful by going out the night before the hunt and using a howling sequences in several locations. Using a single bark is good for stopping a moving or running coyote, but be ready to take the shot because a coyote will more than likely pinpoint you and the next thing you will see is his tail, dodging and darting away. Keep in mind that harsh barks succinctly, in a three barks or more sequence, warn other dogs of danger.

As you can see from the list of call sounds above, there are a large number of sounds that are available with electronic coyote calling devices in efforts of encouraging a lone coyote or a small pack of coyotes into your set up. A sound library is available on the FoxPro website to familiarize yourself with the different call sounds and to learn the cadence of each for best results in the field. Coyotes are clever predators and developing the skills to know which call to use based on your setup, while considering terrain, wind, and predator population, will come with experience; more often by trial and error.

Want to read more about coyote hunting tips? Check out my article on Coyote Hunting 101. 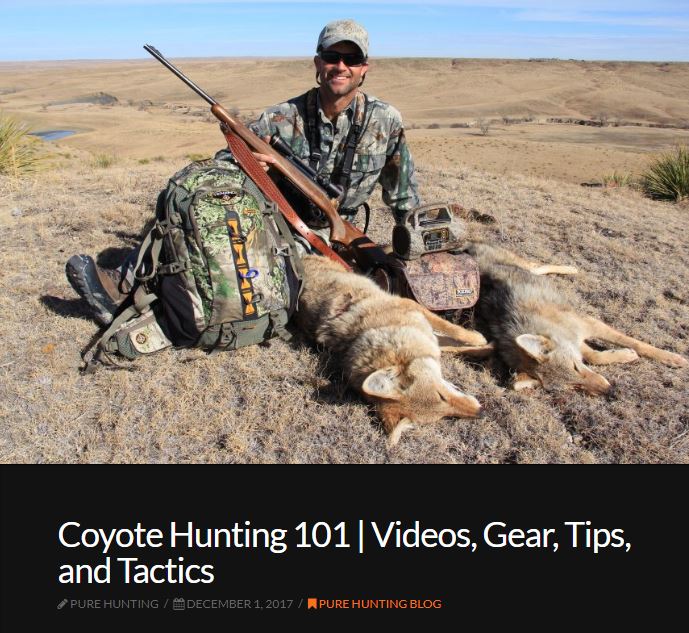