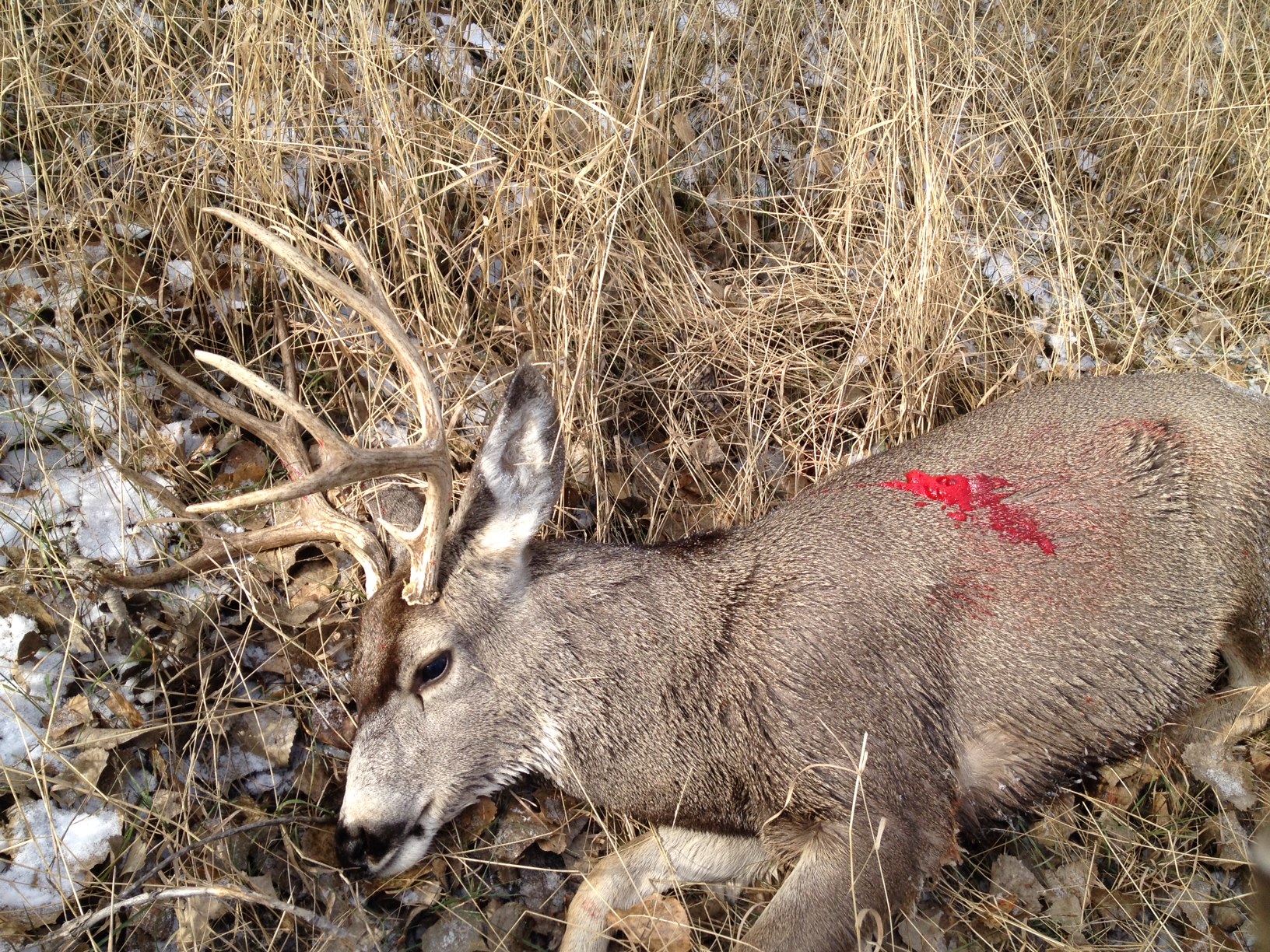 No doubt about it, late season deer hunting is in full swing across the Country.  As the temperatures cool down, the hunting can certainly begin to heat up.  The fact is that hunting in cold weather can provide a hunter with opportunities to not only locate a lot of game, but the cold weather often requires those big, mature mule deer bucks to break their patterns and become more vulnerable. Here are some mule deer hunting tips and tactics specifically for when the temps drop!

Hunting in cold weather can be downright miserable and when the wind and snow start to stack up, the hunting can become extremely difficult.  Mule deer hunting during the late season is all about maximizing your opportunities and conserving your energy.  In general, one sound tip is to put tools like OnXMaps and your Vortex optics to work from the comfort of the vehicle before you even put your boots on the ground. This can really pay dividends when it comes to scouting and hunting in cold weather.

Aside from relying on your gear to help you maximize your efforts, here are a couple of simple tips that can help you find a mature mule deer buck once the weather turns cold.

Cold is One Thing, Snow is Another

Late-season mule deer hunting is often predicated on watching the weather.  Just like waterfowl hunters are accused of being low-grade meteorologists during the waterfowl season, once the weather starts to turn cold, mule deer hunters begin to follow suit.  No matter what state you are planning a hunt, the mule deer during the late season has consistent themes in cold weather.  All too often we tend to associate late season deer hunting, especially mule deer hunting with the cold temperatures.  Cold temperatures, especially if there is significant wind chill associated with it can definitely make life interesting for the hunter.  Brutally cold temperatures certainly play a part in mule deer movement, however, it is not the deciding factor for every hunt.  Too often, mule deer hunters will put a lot of stock into the dropping mercury than they really should.  A front passing, meaning cold temperatures and changes in barometric pressure, is what every deer hunter trains the eye for. These conditions are ideal to force mule deer on their feet and moving, but it is the arrival of snow that is really the big factor when it comes to patterning and locating mule deer during the late season.

The late season is typically post-rut and the bucks are typically solitary, resting up from the stress of the rut.  Food is king this time of year. when you are attempting to locate mule deer during the late season.  As long as the mule deer can locate food, they will tend to be satisfied with hanging tight to cover only getting up to grab a quick bite to eat.  This type of pattern can make it hard for a late season mule deer hunter to rest their sights on a buck. However, once you add a little snow to the equation, it becomes a game changer.  The reason is simple; snow cover will cover the natural food sources that the mule deer are keying in on and make travel difficult  This is especially true if you do your hunting in areas where there is significant elevation, such as Colorado or Wyoming.  In states where the mule deer tend to hang in the upper elevations, where it can be very difficult to hunt, mule deer hunters may have a hard time locating mature mule deer until the snow begins to fly.  Once the snow begins to fall, mule deer will begin to make their way into the lower elevations, making them a little more easy to pattern and easier to locate.

Look for the Carbs

Mule deer hunting during the late season, when the snow is on the ground is all about scouting and finding the food.  No matter where you are hunting, high country or western plains…it is all the same.  If you find the food, you will find the mule deer.  Cold weather hunting is all about finding those food sources that are high energy foods.  These are foods that are high in proteins and carbohydrates.   If you hunt mule deer in areas with lots of agriculture, cereal grain crops like winter wheat or rye, and food sources such as corn, soybeans or milo can be absolutely lights out locations to find and harvest a mature mule deer buck.  In areas without much agriculture, it is important to focus on South and Western facing slopes below the heavy snow lines.  Here is where the deer will move from the higher elevations once the snows come.  These slopes typically have the browse that mule deer love with easier travel and the sun warms these slopes during the late afternoons hours. 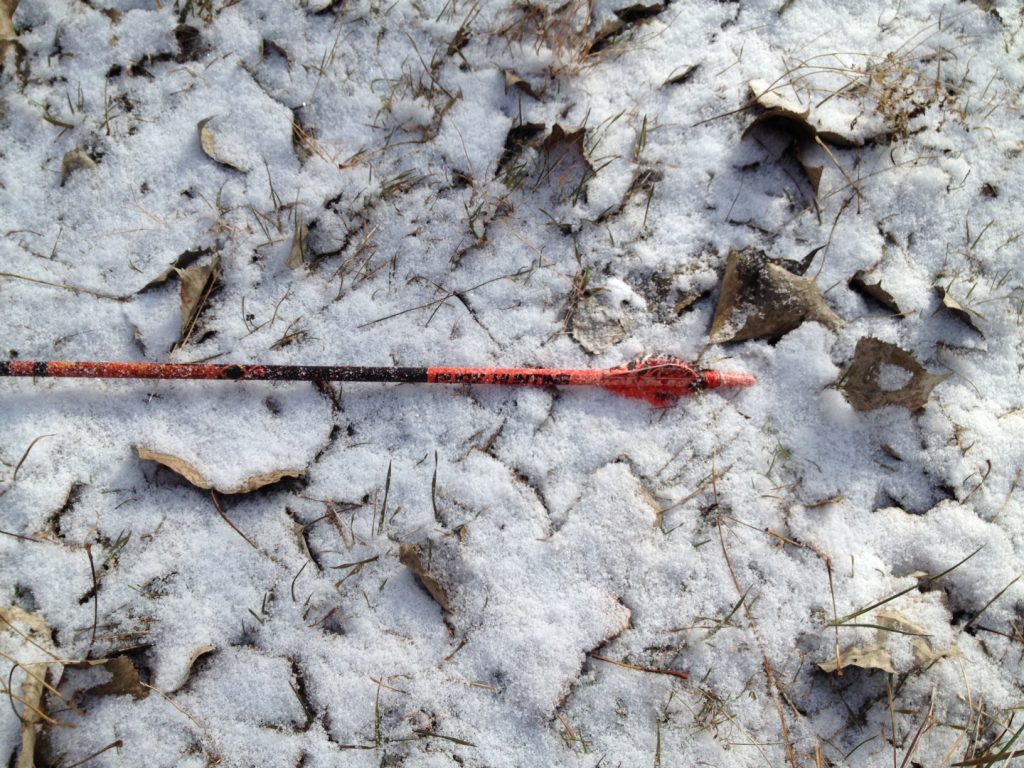 Late season mule deer hunting is all about opportunities. One such opportunity presents itself  with the arrival of snow. When deer begin to congregate the only tactic is to simply keep scouting until you find the deer. Don’t hesitate looking at locations where you haven’t seen a deer.  During this time, deer seem to appear out of no where.  Conversely, an area that recently held lots of deer may have none. It may seem surprising, but many mule deer hunters tend to put limitations on themselves in terms of where and when they scout for mule deer.  This can be a costly mistake.  The fact is, when survival is on the line, mule deer much like other game species will travel great distances to locate food.   Don’t paint yourself into a corner, and only stick to the areas that you have hunted/scouted early in the year.  You may find very few or no deer in these areas.  The late season is a game changer, so it makes sense to spend your time looking for easily accessible food sources, even if they are a great distance away from where you found good deer numbers earlier in the season.

Late season hunting success hinges on scouting and letting your equipment do some of the heavy lifting.  Watching the weather and keeping an eye on the snowfall totals will let you know when to begin to key in on those lower elevations and critical late season food sources.  If you keep these tips in mind, you might just be in for some of the best hunting of the season!